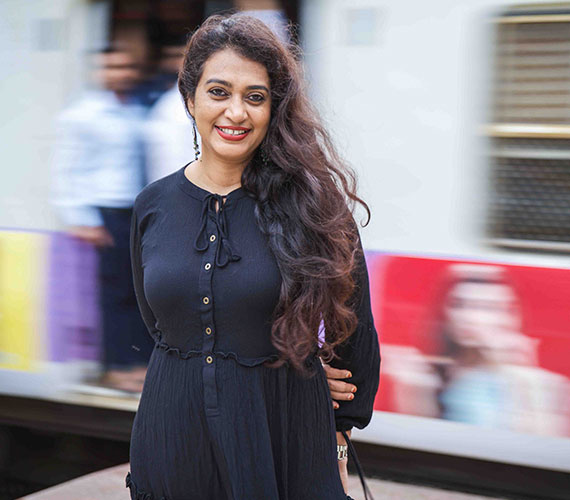 When Life Gives You Lemons
Break The Silence
The Art of Direction
Indian Mentality – What are we doing wrong?
Leading The Change

Insia Dariwala was ten when she was sexually abused which forced her to shut out the world around her. Fiercely believing in the adage, ‘When life gives you lemons, make lemonade’, she used it as an opportunity to create an imaginary world of her own, weaving stories, creating powerful characters, and eventually becoming a visual story teller.

Insia used her art of story-telling to highlight issues, which no one wanted to talk about. Her award-winning debut film ‘The Candy Man’, followed by another hard-hitting film ‘Cock-Tale’, delved into topics like child sexual abuse, and sexual violence on women. Insia says, “My films acted as a catharsis for my own trauma, and allowed me to do what I could not do as a child- celebrate the 'Shakti' in a woman, and make evil pay.”

Not surprisingly, both her films, created ripples at home, and abroad, going on to becoming a game changer for her role as a Social Change maker. Since her first film, she continued creating visual content to address difficult issues of women and children.

Insia then went on to start ‘The Hands of Hope Foundation’, which diligently focuses on sexual violence on women & children. Through her NGO's flagship programme, "Recognise Prevent Protect", Insia has custom-designed visual software to inform children and adults about sexual violence against women and children. She also conducts talks/workshops in schools/colleges/slums to sensitize people on sexual abuse and has managed to reach more than 6000 children in a short span.

A couple of years ago her organisation put up an art installation at the prestigious Kala Ghoda Art Festival in Mumbai on the theme of child sexual abuse. The installation, called Betrayed, was visited by more than 50,000 people. It raised awareness and facilitated what would have otherwise been a difficult dialogue.

Insia also launched the first ever photo campaign on Male Child Sexual Abuse in India. The campaign called ‘End the Isolation’, went on to become a game changer, which caught the attention of the WCD Ministry, and forced Mrs. Maneka Gandhi to make laws gender neutral with respect to child rapes/sexual assaults.

Today Insia works very closely with the Ministry, in developing creative preventive solutions for child sexual abuse, and has also co-founded another organisation "Sahiyo" which works on ending the harmful practice of female genital Cutting in India.

On Women’s Day in 2018, she featured as one of the 100 most inspiring women of India, in a book called ‘The Phenomenal She’.

Her recent awards include the Shoorveer Award, the prestigious 'Women have Wings' courage award, U.S.A, and the ‘'We the Women 'H.E.R' award, in India, hosted by U.N Women.

Insia has also represented India at two very important summits in Rio, And Dublin, which focused on issues of violence on women and children.

Insia Dariwala, is an award-winning international filmmaker, and a TEDX Speaker, who effectively uses her creativity to spotlight difficult topics of society in her films, and other visual communications.

Through her NGOs Sahiyo, and The Hands of Hope Foundation, she has managed to creatively address issues like Female Genital Mutilation-FGM, and Child Sexual Abuse.

She has also successfully executed several community projects engaging the medium of storytelling, and visual arts, in an attempt to mainstream such issues.

Currently, she is the Project Lead in India for Hollywood Health & Society, California, who has commissioned her to do a documentary series on creating Cancer awareness in India. The project aims to integrate main stream entertainment channels, theatres and National Television to spread this message.

Her continuous creative efforts last year resulted in getting the Union Cabinet Minister, Maneka Gandhi to sanction her first ever study on Male Child Sexual Abuse in India,and investigate co-relations between unresolved abuse in boys, and the growing rape/violence culture in India. She also became instrumental in amending rape laws for boys.

On Women’s in 2018, she featured as one of the 100 most inspiring women of India, in a book called ‘The Phenomenal She’.

Her recent awards include the Shoorveer Award, the prestigious 'Women have Wings' courage award, U.S.A, and the ‘'We the Women 'H.E.R' award, in India, hosted by U.N Women.