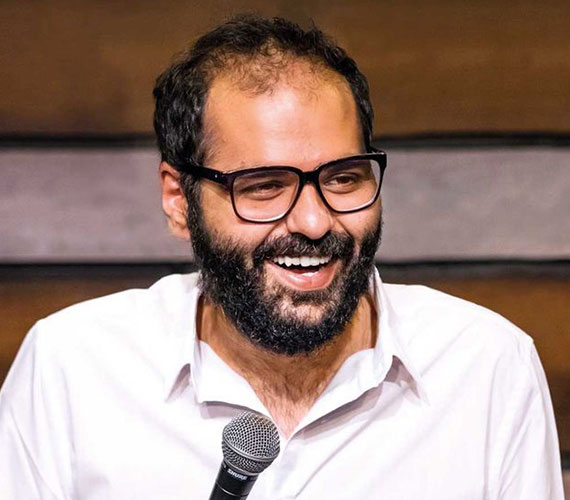 Kunal Kamra is a Bombay based stand-up comedian and host of the popular political-comedy podcast Shut Up YaKunal. After 8 years in advertising, Kunal started doing stand-up in 2013. He rose through the ranks at blistering pace and is currently well established as one of India’s most important and popular voices on stage and social media, known for his fearless, incisive and often polarizing material. He is also one of the very few from the Indian scene who is a comedian’s comedian as well as popular amongst the masses who sells out venues regularly across the country.

In February 2018, Kunal performed an act titled ”Patriotism And The Government” that mocked the government’s need to use nationalism as ananswer to every criticism.The punchline "Siachen mein humaree jawan lad rahe hain" from the act got viral on social media.

Listen to him NOW.