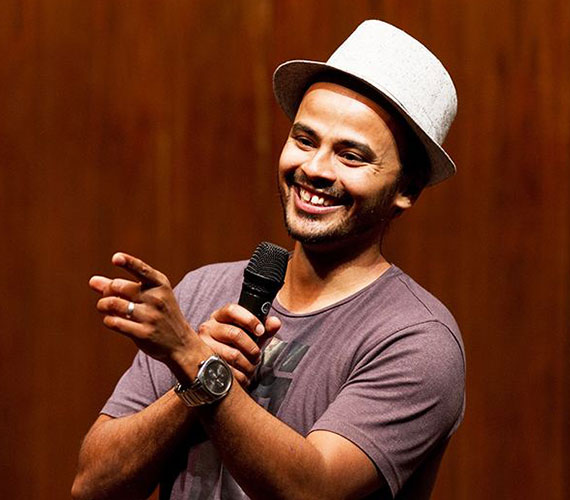 Pant started as a writer for television. In March 2008, he met Vir Das and they did a show together on CNBC-TV18 called News on The Loose. Pant's career in comedy took off when he started as the opening act for VirDas's show, Walking on Broken Das, later that year.

After working with Das for three and a half years, he did his first solo act at HQ.In November 2009, he became one of just three Indian comedians to hit auditoriums with his solo show, Pant on Fire.

Sorabh is also featured in F.A.Q.’s on Pogo.

In July 2011, when Wayne Brady toured India, Pant was his opening act. In November 2011, Pant opened for American actor and comedian Rob Schneider on his India tour.

Pant released his debut novel The Wednesday Soul in December 2011.

‘Pant on Fire’
Pant on Fire is SorabhPant's first comedy special, and was staged in more than 10 cities in India, Dhaka, and Dubai. The tour reached North America in November 2012. It was the second most toured stand-up comedy show in India in 2011.

‘Traveling Pants’
Traveling Pants is a comedy special which takes on cultures and people in India and around the world. In July 2012, it became the second show by an Indian comedian to be showcased at the coveted Comedy Store, Mumbai.

‘The East India Comedy’
In 2012, Pant founded comedy company The East India Comedy, and over the next year recruited some of India's top comedians, including Kunal Rao, SapanVerma, Sahil Shah, Atul Khatri, AzeemBanatwalla and Angad Singh Ranyal. Sorabh is no longer part of the EIC comedy group.

The East India Comedy did a record 130 shows across the country in 2013, including the acclaimed specials Men Are From Bars and Comedy News Network.

Sorabh Pant is one of the “India’s TOP Comedians” according to The Times Of India, Hindustan Times and Himself.

He has done over 2000 shows in over 100 cities of 7 countries across the Globe. He has two specials on Amazon Video.

Throughout the years Pant has a huge number of audience across the globe.

Listen to him NOW.

A DEMOCRACY OF JOKES | STAND UP COMEDY BY SORABH PANT