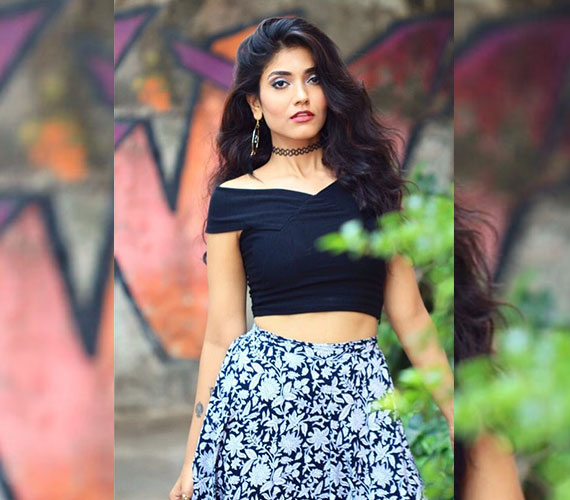 Sainee co-wrote the short film Int. Cafe-Night which won a lot of awards and praises and realized this is what she wanted to continue doing. She was a child artiste, so being in front and behind the camera has come easily to her.

She has worked a bunch of odd writing jobs, been an assistant director, handled art, even ran a set, and acted in a number of sketches on YouTube and played a Tagore character in an iconic show about his stories (Stories by Rabindranath Tagore available on Netflix), and here she is trying her hand at yet another thing she adores so much, poetry.

Sainee Raj is an actor and screenwriter known for Interior Cafe Night (2014), The Last Day (2015), Stories by Rabindranath Tagore (2015) and ShakaLaka Boom Boom (2000). She is seen in various web content produced by leading comedy groups like All India Bakchod, Filtercopy, The Viral Fever, SNG Comedy and East India Comedy.

Listen to her now!!