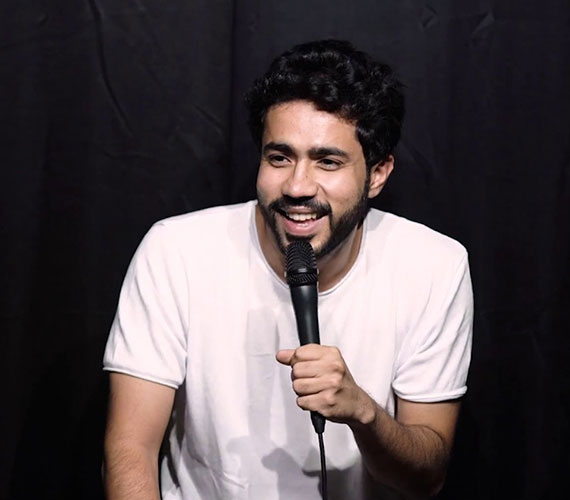 From dealing with the plight of being an ugly baby to getting millions of views on Youtube channel, this guy came a long way.

Abhishek Upmanyu started his journey in stand-up comedy way back in 2015 when he joined ‘On Air with AIB’ as a writer.

After working for a number of private corporate ventures, Abhishek finally started his dream career in stand-up comedy in 2015 and went on to release his debut video titled ‘Indian Insults and Comebacks’ on his YouTube channel, which went on to gain immense popularity with over 18 million views.

His two comedy shows – ‘ThodaSaafBol’ and ‘Jealous of Sabjiwala’ gained immense popularity both at national and international levels.

In just a span of 5 years he rose to through the ranks at blistering pace and is currently one of India’s most popular voice on stage and social media.

Abhishek Upmanyu is one of those few comedians who is not afraid to bring clarity about our everyday life on stage through his witty jokes.

He is known for his quick wit and admirable personality.

He is also one of those very few comedian’s comedian who is popular among the masses and sells out venues regularly both at national and international levels.

Delivery, Reliability and Innovation.
Listen to him NOW!

Indian Insults and Comebacks | Stand Up by Abhishek Upmanyu

Friends, Crime and The Cosmos | Stand Up by Abhishek Upmanyu