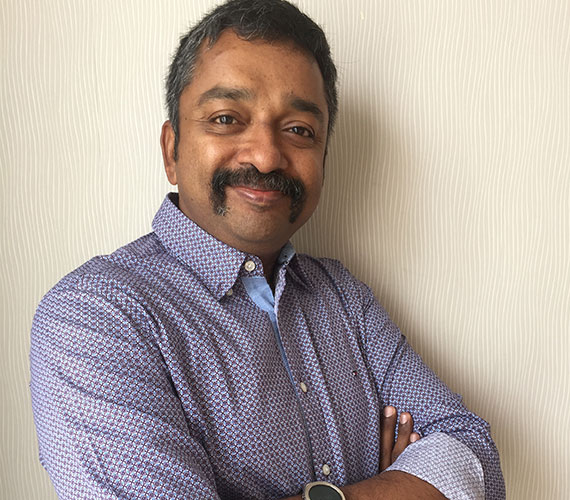 The Doctor of The Future
How Physics Is Making A Comeback In Biology
Reversing Chronic Disease: The Master Key
Can Jack Actually Be a Master?
Grounded: The Root back to Good Health
Acupressure: The Power in Your Hands
Holy Water: How Structuring Water Creates Healing
How to Predict Heart Attacks (and Avoid Them)
Behaviour Design: Tiny Steps to a Giant Transformation

“A diamond is just carbon that performed well under pressure.”

Mahesh began his career as a financial journalist with Business World magazine and continued down that path for close to a dozen years, where he had the good fortune to meet the who’s who of the business world. He saw CEOs and Ministers in Government in action at close quarters – how they thought about business, leadership, society and life.

One of the high points of his career was a 21-part, 3-year documentary film series that he wrote and produced for BBC World, on successful unusual business models from India, called Business Bizarre. Thoroughly researched and produced at world standards, it went on to receive much acclaim and is now taught as part of an entrepreneurship course at IIT (Madras).

Meanwhile, life had other plans for Mahesh. Even as he was rising to the top of his career in TV, a close family member suffered a serious health setback that led him, unsuspectingly, into the world of corporate-run healthcare. After suffering serious negligence in treatment and with one side paralyzed, Mahesh brought her back home and discovered how to nurse her back to health, using just good nutrition, rest and an ancient South Indian system of acupressure, called Varmam.

He had faith in only allopathy till that point and his first-hand experience of the symptom-suppression practiced by allopaths opened his eyes to the huge Universe of alternative medicine. The more he studied these ancient, holistic systems, the more he realized their core value, of being able to address root causes of illness and restore people back to vibrant health.

So even as he continued his day job as a television and documentary film writer and producer, Mahesh began to learn everything he could about both holistic medicine and allopathic medicine. He attended courses, studied whenever I could find free time and slowly built up his skills in healing.

Mahesh studied with doctors, both allopathic and alternative medicine practitioners, learning to read lab test and radiology reports as well as tongue and pulse diagnosis. He obtained certification in several of these alternate sciences and began using acupressure as a primary modality to help patients.

For nearly a decade, he analyzed blood reports, understood and connected symptoms to root causes and helped people heal themselves with acupressure, nutrition and simple vitamin and mineral supplements – all as part of his service to humanity.

Mahesh realized that most people did not understand the true root cause of most modern-day diseases – diabetes, heart disease, hypothyroidism, autoimmune diseases like asthma, psoriasis, arthritis, multiple sclerosis, etc. and began systematically helping them reverse these conditions by changing their diet and lifestyle.

As more and more people began to benefit and the list of people waiting to be treated by him grew, Mahesh decided he would dedicate himself fully to the art of healing.

He also decided that he needed to go beyond his one-on-one personal practice and reach a far greater number of patients with the right information and tools, to helps reverse chronic disease.

Sepalika.com is a result of that dream. At Sepalika, they not only provide information on root causes and right treatment of 13 chronic health conditions, they also have their first two guided disease-reversal programmes already running. Mahesh has a team of doctors and therapists who work with patients to scientifically reverse their chronic health conditions.

Mahesh conducts talks and workshops around the country to help people understand how they can take their health into their own hands; to help them understand clearly, why they are unwell, and what changes they need to make, to restore themselves back to vibrant health. He has already worked with large corporates like IQVIA, law firms like Remfry and Sagar and conducted workshops for the general public as well, including at holistic health centres like Reclaim and CareHeal and also worked with kids at The Sagar International School.

Some of the other domains where Mahesh has showed his expertise; Ex: Healthcare and Social Sector Communication Expert. Partner, Writer and Producer at INTV.