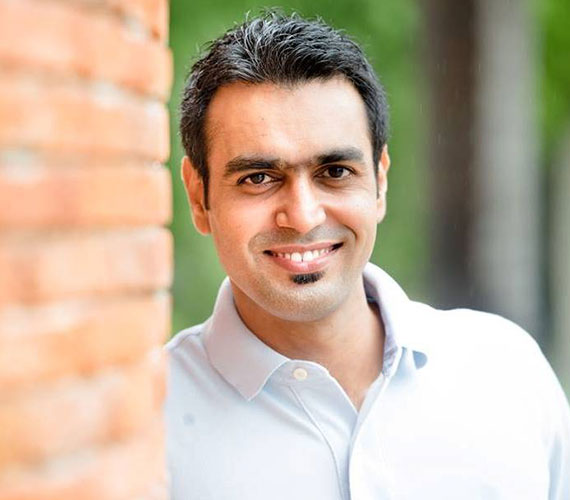 Ravinder Singh is a software engineer and a bestselling Indian author of nine+ novels — I Too Had a Love Story,Can Love Happen Twice?, Like it happened Yesterday, Love Stories That Touched My Heart, Tell Me A Story, Your Dreams are Mine Now , This Love That Feels Right, Will You Still Love Me and The Belated Bachelor Party.

He started his career as an IT professional in Infosys. His girlfriend died in 2007. Before that, they got formally engaged. He adapted his own story into his first novel I Too Had a Love Story which was published in 2008.Writing the book helped him cope with the tragedy in his life. This novel was reviewed by N R Narayana Murthy, Chairman Emeritus of Infosys Technologies, who called it "Simple, honest and touching”.

After his first novel, Ravinder has written best-selling novels one after the other, making him one of the most famous authors in India of our generation.

Ravinder has an MBA from the renowned Indian School of Business.

His eight-year-long IT career started with Infosys and came to a happy ending at Microsoft where he worked as a senior programme manager.

One fine day, he had an epiphany that writing books is more interesting than writing project plans. He called it a day at work and took to full-time writing. The rest is history.