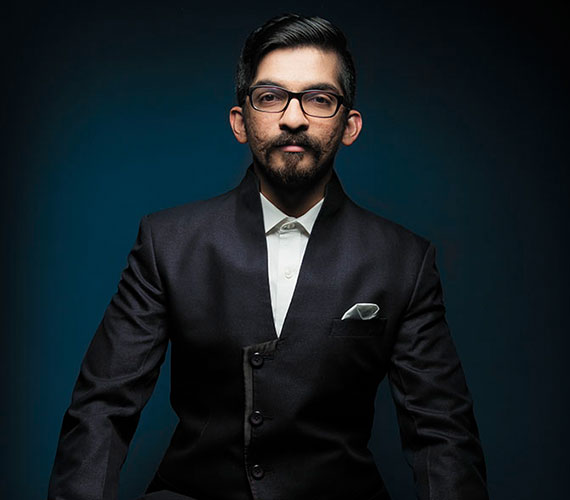 How To Start Up?
Future of F & B
Making The Right Decisions
Building Confidence
Story of The Bohri Kitchen

Munaf has worked for 4 years as an Account Strategist at Google India and 5 years as Founder and CEO of Bohri Kitchen Pvt Ltd.

As CEO, he has recruited and led a team of 40+ employees, built senior leadership across core functions and executed a cohesive branding and marketing strategy which led to an annual outlook of INR 4.5 crores (2019), generated over INR 7 crores worth of organic press and put him on the cover of the Forbes India 30 Under 30 Edition (2017).

He has also been commissioned by Harper Collins to write a book 'The Guy Who Quit Google to Sell Samosas' (slated for release at the end of 2020).

In 2015, Munaf Kapadia, an MBA graduate who was working with Google, decided to keep his mother Nafisa away from daily soaps on TV by starting a food project. The Kapadias belong to the Bohri community, who are popular for their lip-smacking thaal (a platter that consists of everything from mutton samosas, nargis kebabs, dabba gosht, kaari chawal and much more).

And, Nafisa is known to bring the best of these flavours on the plate, every day at her home. Munaf thought of introducing his ‘maa ke haath ka khana’ that was particularly enjoyed within their own community, to the world. And, like he says, the rest is history.


How I quit Google to sell Samosas | Munaf Kapadia | TEDxNHLMMC