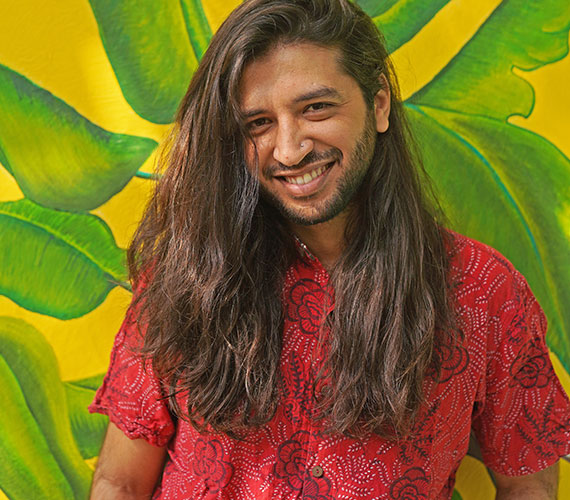 "There is design in everything. From the mug you use to have your coffee in the morning to the handle to pull the door. The power of design is in everything yet we underestimate how important it is in our daily lives. If you don't notice it, it's probably a great design, if it bothers you, you know the answer"

Aaquib Wani is a self-taught experiential designer & art director with creative expertise in spaces, sets, interactive installations, weddings, visual, and graphic design blending the aesthetic palettes absorbed through his Kashmiri heritage and upbringing in New Delhi. He has no formal training or education in design. From working as the art director for a music magazine to learning the boundaries of space design under renowned spatial designer Sumant Jayakrishnan, he has mastered the art of not just 2D but also 3D design.

Aaquib has excelled in his field by setting a new definition to design. From being a young guitarist to whatever he is today, he always followed his passion and believed in his heart. He started with experimenting and today, the world loves him. He redefined fashion by conveying to all of us that professional training is not always essential. Your admiration and love for something can make you a professional.