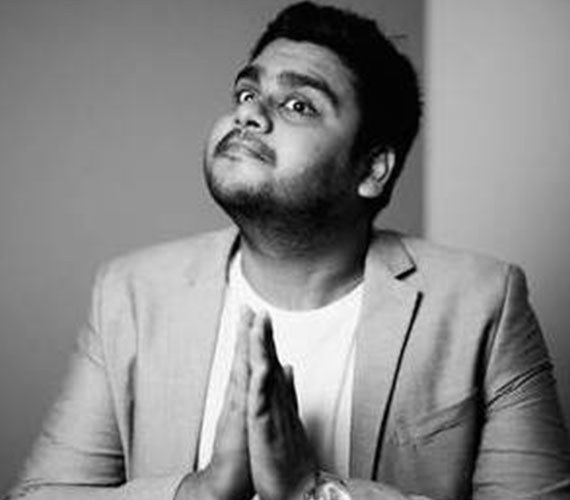 Vaibhav has done more than 500 shows all over the country entertaining audiences with his humor and guitar.

He co-founded Comedified, a group which currently organizes about 30 stand up events in Kolkata, every month. He writes scripts, and makes YouTube videos and sketches for brands like like Appy Fizz, Collegify, Tea-a-me, etc.

He does corporate, public and private shows, in which he talks about observations from day to day life events. He shares the humor that he sees in his past experiences through stories and extrapolations of his own thoughts.

He has also performed at the Ponds Femina Miss India 2013, National Association of Realtors (NAR) summit; and at gatherings of groups like Rotary Club, Round Table, YFLO, Young Indians, etc.

Vaibhav was outcasted by the Marwari community after he decided to quit his high-paying job to pursue comedy. He admits he misses it. For the food. The people, not so much. Most of his jokes are renderings of what he calls “bookmark moments” from his life. That includes 5 years of architecture in an IIT, the only girl he managed to talk to, and the 5 jobs he quit in the last two years. It’s been a roller-coaster journey for Vaibhav. Book him now, for a session of non-stop laughter, guaranteed!