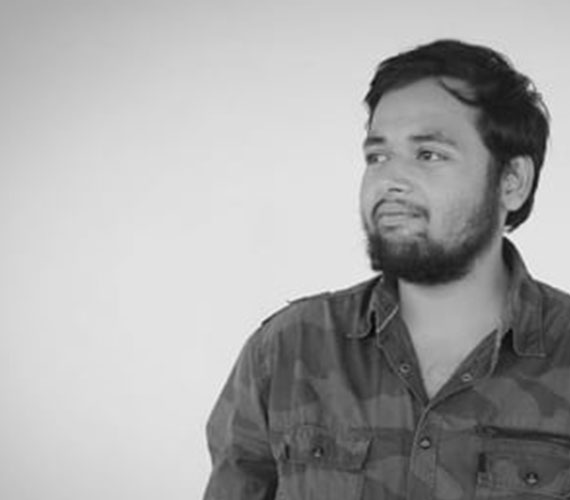 MayankBhutoria is a filmmaker from Kolkata. He is currently running a film production company called Cloud Fondue Films.

He has been involved with cinema since school, and his films have been screened at various film festivals across the world. He did his Diploma in Digital Video Production at Srishti School of Art, Design & Technology, Bangalore; where he started a filmmaking collective called "Srishti Film Forum," which now has over 500 members. He has made a plethora of films that range from documentaries to shorts that span genres such as drama, comedy, and biographical. He was also instrumental in the setup and running of a makerspace called "MakersLoft," where he worked on art installations, product prototyping and space design using technologies like 3D Printing and Laser Cutting.

CFF offers a variety of workshops and film related events to help people discover the world of film- not just view the final end result on a big screen, but also understand the happenings of behind a camera.

Taking this journey, hasn’t been all easy for Mayank. When most of his friends were taking traditional career choices like Accounting or Engineering, Mayank actually had the courage to do what he loved, i.e., create. He has been nominated twice by The International Open Film Festival (IOFF) for Best Short Film – Pushpa (2015) and Bangalore in Motion (2013) and also once for Best International Short Film - A Gag Reel Starring Rutuj Acharya (2014).

Hear him speak about his love for creativity, passion and being a doer.