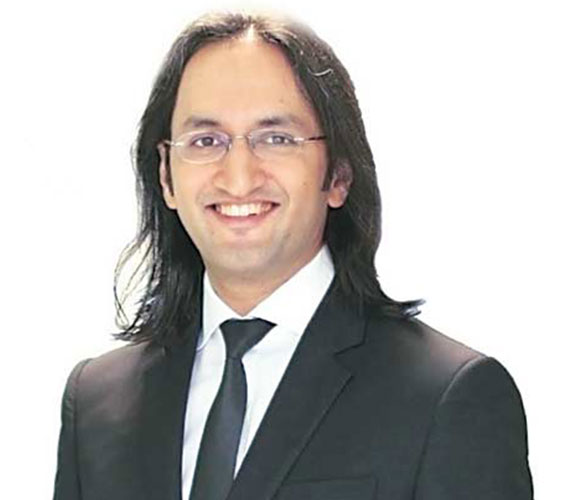 Papa CJ is a world-renowned stand-up comedian and has won awards for both Asia’s and India’s Best Stand-up Comedian. He has performed over 2000 shows in over 25 countries and has had numerous appearances on NBC, BBC, Comedy Central, Showtime, MTV, Paramount, The Comedy Channel, ITV and a host of other international networks. He is the only Indian comedian to have shot his own solo special with Comedy Central Asia. Forbes Magazine called him ‘the global face of Indian stand-up’ and Toastmaster International called him one of the most influential comedians around the world. He has taped a Showtime USA stand-up comedy special with Russell Peters and on the American TV show Last Comic Standing, he was placed in the top 10 from over 3000 contestants across the world.

He holds an MBA from the University of Oxford and is often engaged as a motivational speaker. As an executive coach he has trained over 50 blue chip companies all over the globe.

His company consults corporate clients on concepts and content that help them in successfully execute their business and marketing strategies.

Under his initiative The Papa CJ Happiness Project he performs for free in support of charitable causes across the world.

Papa CJ has represented India at the Shared History Festival in South Africa and had standing ovations on Broadway in New York. He was the first Indian comedian to be invited to premiere at the prestigious Soho Theatre in London, the Melbourne International Comedy Festival, the Just for Laughs Festival in London, and the Sydney and Perth Comedy festivals in Australia. Papa CJ was instrumental in starting off the English language stand-up comedy industry in India after he returned to the country in 2008.

CJ has been invited as a guest speaker at schools like Harvard Business School and University of Oxford. Being an executive coach with the Mind Gym, London he has worked with companies like Nike, Google, Accenture, Unilever, E&Y etc.

Huffington Post praised him as a world class global comedian.

After completing his MBA, CJ worked as a management consultant. Three years into his professional career, he convinced his company to give him a year off. “In that year,” says CJ, “I set up some schools on the Indo-Bangladesh border, went backpacking in Kerala, learnt to fly paragliders, played poker in Vegas and trekked to the Everest Base Camp and to the Phantom Ranch in the Grand Canyon.”

With a host of experiences, CJ is never going to fall short of interesting stories! Hear him now!