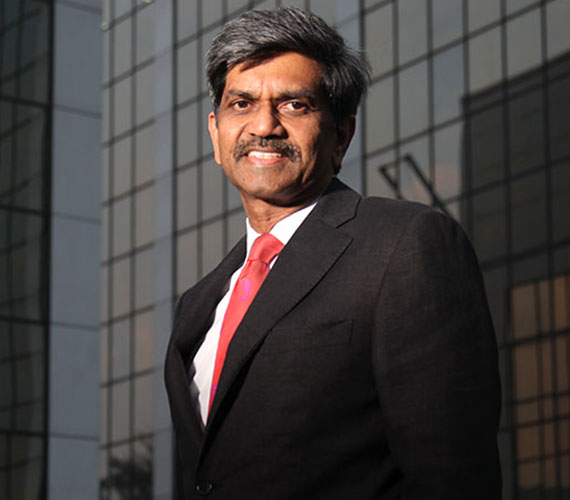 D. Shivakumar, or Shiv as he is popularly known, is a Bangalore born leader and a management thinker. As a visionary marketer and CEO, Shiv has managed over 50 brands in his career across Unilever, Philips and Nokia, PepsiCo. He is a growth manager, having nurtured brands and geographies through innovation, new business models and ecosystem partnerships.

Shiv started his career at Hindustan Unilever Limited and spent 19 years in sales, marketing and general management positions. He moved to Philips, India as Chief Executive Officer of the consumer electronics division in 2003.

Shiv joined Nokia in 2006 as the Managing Director, India. Under his management, Nokia built its entire services portfolio, including Nokia Life Tools. He was also instrumental in pushing low-cost mobile devices across rural India; making Nokia a dominant brand in India. He is credited for driving Nokia’s brand from No. 71 to No. 1 in the country. He was instrumental in making Nokia one of the top most trusted brands. Shiv moved as Sr. Vice President, Emerging Markets (India, Middle East, Africa) in 2011. This market accounts for 40% of Nokia’s global business and comprises of around 90 countries. His contribution during this time have become case studies at Harvard University, ISB and other Ivy League Institutes.

In 2013, Shivakumar was appointed as the Chairperson & CEO of PepsiCo Holdings Private Limited, India where he managed brand portfolios across beverages, snacks and nutrition. He has been the driving force in bringing PepsiCo’s nutrition portfolio to the forefront with new launches under the Quaker and Tropicana brands.Apart from overseeing India operations, he also managed PepsiCo’s franchise business across Bangladesh, Nepal, Bhutan, Sri Lanka and the Maldives.

As of January 2018, Shivakumar has joined Aditya Birla Group as the Group Executive President, Corporate Strategy. Aditya Birla Group is one of the largest Indian conglomerates with businesses spread across telecommunications, cement, chemicals, mining, textiles, financial services, retail and e-commerce, among others, in 36 countries.

He has been named as one of the top five Indian Marketer’s by The Economic Times. He was also awarded The Most Distinguished Alumnus Award, 2011 by Indian Institute of Management, Calcutta. Easily considered as one of the most visionary CEO’s of the 21st Century, Shiv is a giant of the corporate world. One of Shiv’s career lessons is to leave a legacy in every job you do and never chase anything for money, if you’re good you need not worry. He’s an ardent believer of ‘giving back’ – Humble, Hardworking & Courageous - He’s the best at what he does.