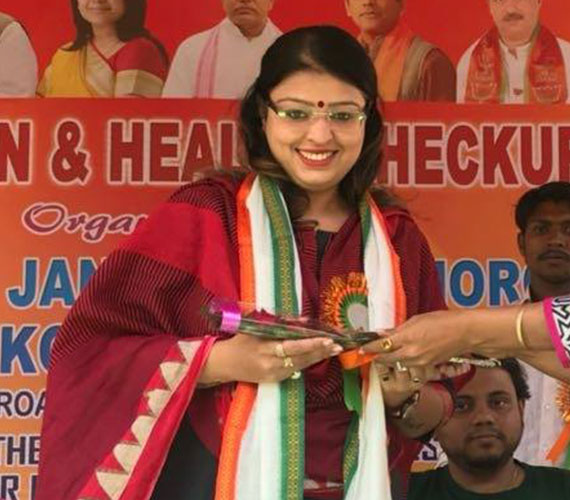 Future Is Female
Education: Answer To All Questions
Do Something
Raise Your Voice – Where It Matters
Changing Bengal

A student of WellandGouldsmith School, she graduated from Delhi University. An MBA from Assumption University of Thailand, Tibrewal is a lawyer by profession who heads a solicitor’s firm. Priyanka also went to Calcutta University Law College (Hazra campus) before heading to Bangkok. After completing her three-year stint in Bangkok, she returned to her hometown, Kolkata to settle down.

Having been a successful lawyer and representing top-tier clients in Kolkata and India, Priyanka has always cases coming up to her on issues surrounding women harassment and the like. She felt that she wasn’t doing enough to represent the power of women and realized that the only way to make substantial change was to lead from the front and become the voice of women.

She also works for a social organization that sets up schools in various localities. To work on a larger scale you need power. When she worked for building schools in the locality she realized how important a councilor or an MLA’s signature is.This made her join BJP in March 2014. It’s been a tough ride since then, but she’s proud of how far she’s come despite innumerous struggles and roadblocks.

She is not a neta, she says, but a matter-of-fact lawyer who knows how “rights” have to be earned. Mother of two daughters, a lawyer and a politician. Family responsibility has never stopped her from delivering what she promises. She’s learned to be rough and tough through experiences, whatever the fight maybe she feels that if opponents have taken her lightly but they don’t know her resolve. If they push her back 10 times she will go there 11 times.