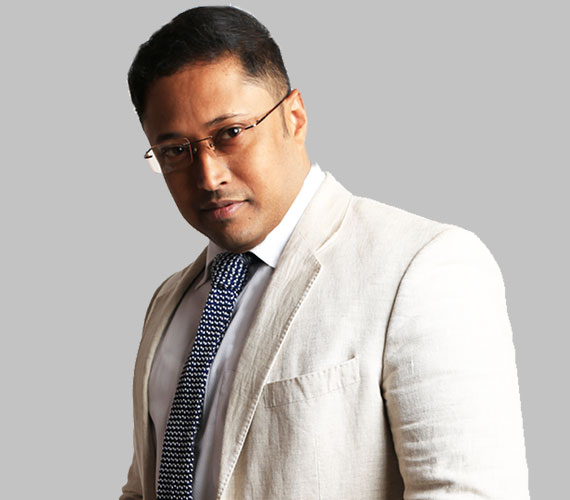 Arijit is a technologist, founder of a renowned tech company, a restless entrepreneur with a passion for creating feedback loops between innovation, teams and revenue streams, applying new and old business models to changing industries, and pushing people to do the very best they can do.

An entrepreneur since 1998, Arijit Bhattacharyya is the founder of Virtualinfocom - one of India’s first game development company. Founder of India’s first B2B portal on game development, India’s first Portal on cosplay. He is an active advisor and speaker in cyber security & financial management New Delhi forum for cyber-crime and security. He is creator of India’s one of the first Virtual Reality training institute and maker of Virtual Reality lab in Middle East. He is also the creator of one of the first Virtual Reality lab in India. Contributor & Structure creator of Smart City Projects in few parts of the globe. He has also created a media portal with over 150 + celebrities from India, UK & Japan.

He is amongst India's first creator of 3D games based on mythology and culture. Arijitalways dreamt of doing something for his country and for the unemployed people. Soon after his school he started giving training to the students of computer science and later on to the students of Btech and BCA. Later on in his journey, he carried on with this passion of teaching and shaping young minds and founded India’s one of the first Virtual Reality Training Institute & Lab.

Apart from the listed enterprises, he’s also the founder of cosplayseller, animation reviews and co-founder of glamworldface.

Right from his childhood Arijit wanted to be an entrepreneur. He took it as a challenge and self-funded his venture by doing freelancing and giving training to students. Initially he did make mistakes and he’s thankful for them.
According to Arijit, money, skill, knowledge and time are the key challenges that the first-generation entrepreneurs face. He advices them to be honest about their limitations and seek out expert advices and support of mentors when needed.

Arijit mentor’s entrepreneurs and provides strategic inputs and directions to companies. He is a very popular speaker and speaks on his ongoing research in HowTo Scale up Business, Cyber Security, Making IP, Product Development, How To Start Smart, Game Development, VR and Wealth Dynamics.

He was awarded the Star Enterprise of the year, 2011 and has also written books on Animation and Game Development. He was also the creator of First Hindu Mythological Game Mahabharat.

Passion, self-confidence and his love for his country drives him to stay buckled in this ride.