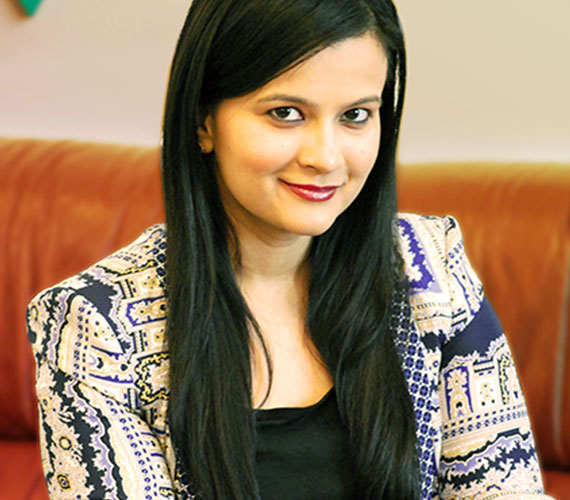 Known as one of India’s best female writers, Meghna Pant is a multiple award-winning author, journalist and speaker.

Meghna is invited as a speaker for many of the nation's biggest literary festivals and conferences, including the Jaipur Literature Festival, TEDx, The Times Lit Fest, Kala Ghoda Arts Festival, etc. She is also a regular panelist at prime time news channels like Times Now, NDTV, CNN-IBN and India Today TV, and international channels like DW News (Germany) and CGTN (China) where she speaks about women and gender equality.

With a degree in Economics and an MBA, Pant has previously worked as a business news anchor with Times Now, NDTV and Bloomberg-UTV in Mumbai and New York. She currently lives in Mumbai with her husband, daughter and many imaginary characters.

Meghna has spoken at several platforms, including TEDx, on her personal experience with physical abuse, urging women to speak out against this epidemic. In our society, domestic violenceis treated as a private matter and it takes a lot of courage to speak out against it. Meghna is therefore considered a role model for women in India as she passes the message that silence is as big a crime as the epidemic of domestic violence.