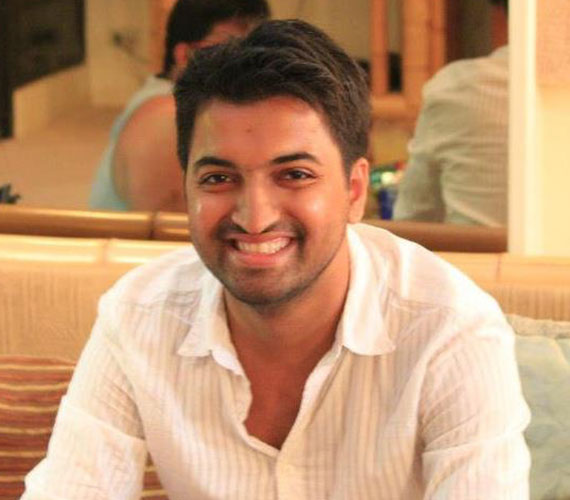 “Stories are where memories go when they’re forgotten.” – Steven Moffat

In 2009, Lakshya left Bioengineering behind to become an Economist.

Around the same time, he started writing short stories and plays, for fun. And to maintain his sanity and general mood.

In 2011, he anointed himself to be a student-professor, when he started his own 10-week course at UC San Diego, where he was still a student, on finance and valuation. About 300 people enrolled in his course, or so he says.

Same year, he was told he’s technically a ‘Management Scientist’, whatever that means, when he graduated from UC San Diego with a B.Sc. in Management Science.

Right after that happened, he joined a boutique investment bank as an analyst, and then later senior analyst, where he advised companies with under $100 Million in revenue on how to buy and sell things.

Then in 2014, Lakshya left San Diego and moved back to his home in Gurugram, India to start Launchora - a platform for storytelling and creative learning.

Then in 2017, during a re-visit to his alma mater (UC San Diego if you’ve been keeping track of the facts so far) as a keynote speaker during commencement week, he was re-anointed (by the same people who gave him his degree) as a ‘Social Scientist’ - because technically, that’s what he had been doing all this while - he creates stories, and teaches how to create stories - to help people understand themselves better, and in turn, be better.

So when you fast forward to now (to whenever you’re reading this since this content was written in your past), you will see that Lakshya goes by a simple-r (if not equally pretentious) title now: Storyteller. And as a storyteller, he teaches the 4 C’s - creativity, critical thinking, collaboration, and communication - at schools, universities, and businesses all over India (and sometimes, when he can, in other countries too).

Everything that has ever happened to you that isn't happening to you right now... is a 'story'. Your childhood. Your last weekend. Your heartbreaks. Your struggles. And these stories are malleable. Because when you add 'context' or a lesson to a memory, it becomes a story. Then, it doesn't even matter if it actually happened, as long as you remember the story a certain way. Stories enable you to understand yourself, to learn from your mistakes, to create change, and to even create a better story for tomorrow that reflects the 'you' you want to be. You can do this through nonfiction, poetry, fiction... or just by plain ol' talking.

This is the basis of what Lakshya does and teaches. If you want to know how, you'll have to press a button somewhere on this page.
(And yes, Lakshya wrote this part himself in third person.)