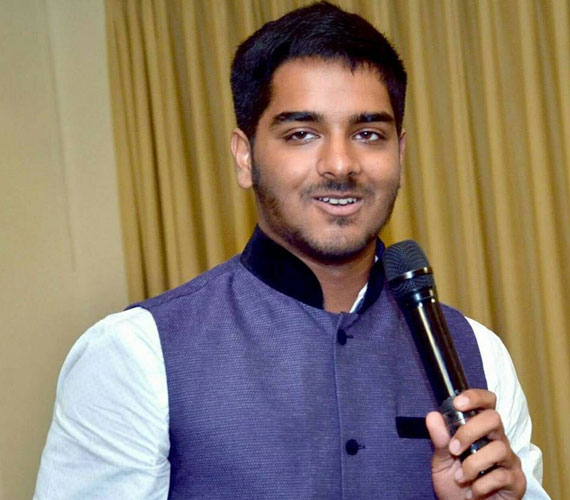 The dichotomy of identity
Life’s complex illusion
Is seeing believing?

Reader and student of ancient Indian wisdom with an emphasis on the “Hindu way of life”; Sairaj’s goals are to promote the philosophy to suit the psychological complexities of the modern human being. Being raised in Dubai with an Indian lineage; his interest has been to discover his cultural heritage. During his teens, he was a cricket enthusiast and had travelled around the world to improve upon his cricketing skills (particularly England).Living in unfamiliar environments - away from the comfort of home, forced him to discover myself.

Despite having the opportunity to know himself better from his previous travels, his quest for self-discovery reached a burning state. It was then he stumbled upon the philosophy of “Advaita Vedanta” - propagated by Sri Shankaracharya. As he dwelled deeper into the topic, he realised that much of the ancient way of life can be directly transferred to the modern environment.

His aspirations are to conduct further research and spread my knowledge. I will be pursuing my masters at the London School of Economics from September 2018, to fulfill my aspirations.

Always up for a chat on Emotional intelligence, Hinduism, Advaita Vedanta!