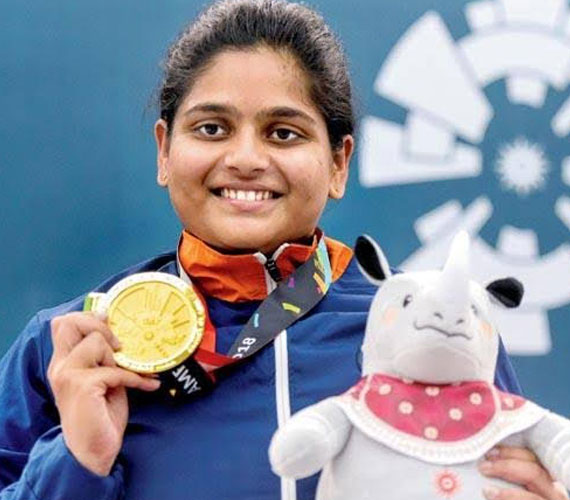 “Its not every four years, its everyday” – Abhinav Bindra

Rahi Sarnobat hails from Kolhapur, Maharashtra. Introduced to shooting when she enrolled for NCC in the 9th grade, Rahi took an instant liking to the sport. Never had she imagined, that a sport she chose because it suited her reticent personality would make her India’s most promising hope for an individual Gold medal at the Olympics.

Just 2 years into her career she won her 1st Gold Medal at the Youth Commonwealth Games 2008. She represented India at the London 2012 Olympics winning several national titles and international medals en route.

In 2014, after having won the CWG Gold Medal she had a fall that lead to a career-threatening elbow injury. But with her grit and self believe she fought her way through 2 years without shooting to make an impactful comeback and become India’s 1st Woman to win an Asian Games Gold in Shooting (2018). The 28 year old,Arjuna Awardee has her next target set for a Gold Medal at the Tokyo Olympics 2020.