Topic-How can Small- scale entrepreneurs compete against MNCS if the latter embarks on price cuts?

Arunachalam Muruganantham, a social entrepreneur who hails from Coimbatore in Tamil Nadu, India, is the inventor of the low-cost sanitary pad making machine and is well renowned for generating awareness about traditional unhygienic practices around menstruation in rural India. His innovation made it possible to manufacture sanitary pads at less than one-third the cost of commercial pads, and they have been installed in 23 of the 29 states of India in rural areas. His work has received international recognition and has resulted in him being accoladed with Padma Shri by the Government of India in 2016 and him being included in the list of 100 Most Influential People in the World released by Time’s magazine in 2014. 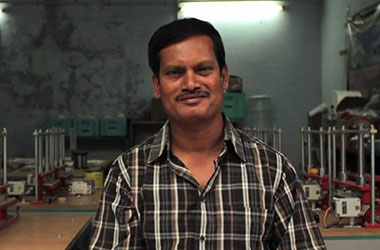