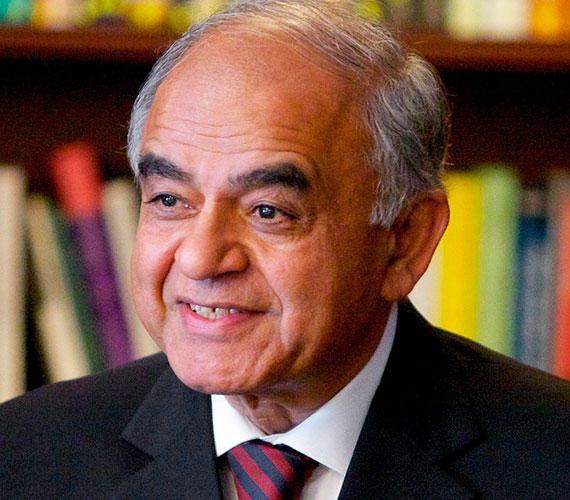 Creating A Valuse Based Organization
India’s Future – Economic, Social, Political
What Makes A Good Leader
Mantra Of Success
Schools Of Tomorrow – My Vision Of A Good Education

Gurcharan Das is an author and former CEO of Procter & Gamble India. He is the author of a much acclaimed trilogy based on the classical Indian ideal of life's goals. India Unbound was the first, on artha, 'material well-being' — the Guardian called it 'a quiet earthquake' – is available in 19 languages and filmed by the BBC. The second, The Difficulty of Being Good, on dharma or 'moral well-being', is a contemporary meditation on the epic, Mahabharata, and 'one of the best things I've read about the contribution of great literature to ethical thought,' according to the philosopher, Martha Nussbaum. Kama: The Riddle of Desire is on the third goal and 'not just about sex or desire, and not even pleasure more broadly conceived, but love in its deepest and richest sense', says the Indologist, Wendy Doniger.

Gurcharan Das studied philosophy at Harvard University and later attended Harvard Business School (AMP) where he is featured in three case studies. After heading Procter & Gamble India and South East Asia, he became Managing Director, Procter & Gamble Worldwide (Strategic Planning). At 50, he took early retirement to become a full-time writer. He writes a regular column for the Times of India and five Indian language papers, and contributes to Financial Times, Wall Street Journal, Foreign Affairs, and the New York Times. He is a speaker to some of the world's largest corporations.

His other books include India Grows at Night: A liberal case for a strong state, which was on the FT's best books for 2013. He is also the author of a novel, A Fine Family, a book of essays, The Elephant Paradigm, and an anthology, Three Plays, consisting of Larins Sahib, a prize-winning play about the British in India, which has been presented at the Edinburgh Festival; Mira, which was produced off-Broadway to critical acclaim from New York critics; and 9 Jakhoo Hill which has been performed in major Indian cities. He is presently editing for Penguin The Story of Indian Business in 15 volumes and lives in Delhi with his wife.

At age 23, he wrote his first play, Larins Sahib, which won the Sultan Padamsee Prize in 1968. It was produced by the Theatre Group in Bombay in 1969, published by Oxford University Press in the UK in 1970, and later presented at the Edinburgh Festival in 1991.

Gurcharan Das turned to non-fiction when he became a full-time writer in 1995. He is a regular columnist for The Times of India and five Indian language newspapers in Hindi, Telugu, Marathi, Tamil, and Gujarati.

He also contributes periodically to Financial Times, Foreign Affairs, Wall Street Journal, and the New York Times. Aside from the trilogy, his other literary works include a novel, A Fine Family, two book length essays, India Grows at Nights: A Liberal Case for a Strong State, The Elephant Paradigm, and an anthology, Three English Plays.