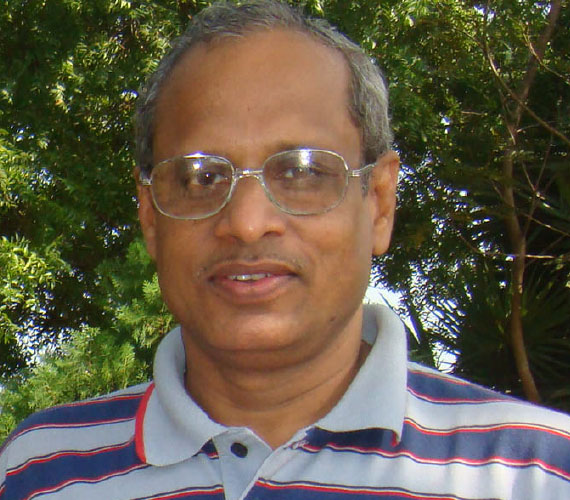 Healthy Relationship Management Between Employees And Employer To Sustain Organizational Performance At The Peak
Spirituality To Enhance The Academic Performance Of The Students In Spite Of The Vast Difference In Their Intelligence Quotients
Workshop Based Lifestyle Modification Program For Senior Citizens To Lead A Blissful Life
Discovery, Invention And Innovation In Science, Technology And Engineering
Importance Of Philanthropy Towards The Upliftment Of Socially Backward Class Of Society

“Science without religion is lame, religion without science is blind.” - Albert Einstein

He obtained his post-graduate degree in chemistry from Ravenshaw College under UtkalUniversity in 1979 and joined as 24th batch trainee in nuclear science and engineering atBhaba Atomic Research Centre, Mumbai in 1980.

He was posted as scientific officer / SCat Safety Research Laboratory of Reactor Research Center [presently named as IndiraGandhi Center for Atomic Research] in 1980. His scientific contribution is noteworthy in sodium safety studies along with the publication of several research papers in national and international journals including conferences during the last 34 years.

He was deputed to International Atomic Energy Agency as an expert in sodium waste management in 2002. He was nominated as members of task forces for (i) safety assessment of sodium-alcohol reactions used for cleaning irradiated fuel subassembly and for (ii) cleaning and disposal of sodium debris resulted from 70 kg of sodium leakage incident in FBTR.

His scientific contribution in the field of fast reactor safety science and engineering, his scientific contribution includes study sodium fire behavior and its extinguishment in reactor buildings. Research, development, demonstration and deployment of sodium resistant concrete were comprehensively planned and meticulously executed during the construction of Prototype Fast Breeder Reactor in India. He has published several research papers in national and international journals including conferences during his professional career.

His passion is to popularize basic, engineering, medical and spiritual sciences on which he has been delivering interactive audio-visual lectures in academic,industrial and business organizations including IITs, NITs,NISER,schools,colleges,etc., for the last 20 years.

Recently, he has launched mentoring programs and organizing workshops to impart self-empowerment training to the students to enhance their academic performance. Similar initiatives are also intensively undertaken for boosting productivity of employee in industrial and business organizations.