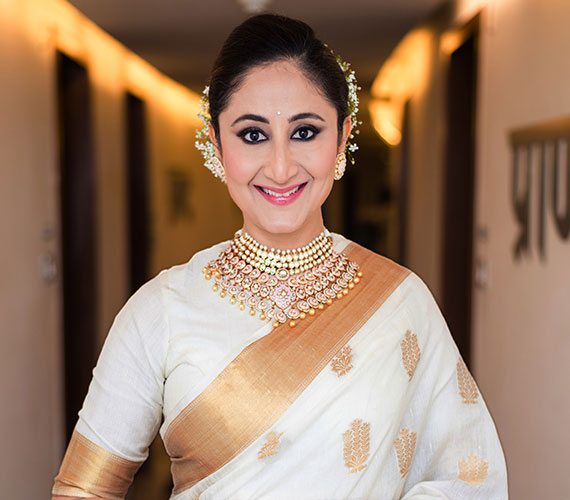 “It is better to die on your feet than to live on your knees” -Emiliano Zapata.

Curator, Ministry of Talk – Made in India | Inspirational Speaker I Anchor I Moderator I Actor I Writer

The darling of India’s experiential industry, curator of The Ministry of Talk – Made in India, Gitikka is India’s most awarded live host and the preferred choice for events that require more case than trace, experiences that are large format, content based and necessitate the gear of experience and expertise. She is a popular choice to host special projects in the presence of global Heads of State, Presidents, Prime Ministers and leadership from the corporate world. The name common to some of biggest and most acclaimed live projects in recent times, is hers. Kargil Vijay Diwas, Fit India Launch, Main Bhi Chowkidar, Pravasi Bhartiya Diwas, Vibrant Gujarat, Khelo India Youth Games, CREDAI Youth Con, Global Aviation Summit, The Sufi Route, International Convention of Wedding fraternity, Magnetic Maharashtra Summit, ASEAN-India Commemorative Summit, Founding Conference of International Solar Alliance, US India Business Council Ideas Summit, India International Energy Forum and India International Science Fair, all had this artist weave the incantation of her talk.

Recently, she has been named Nation Builder by India Today Magazine, one among 100 Nation Builders from across the spectrum of Indian industries. Named Live Artist of the Decade at WOW Awards Asia, she has also been honored with the award for Outstanding Contribution to the Indian Experiential Realm by Business World Applause. She was named amongst the ten most influential women in the Indian Live Industry in a book, The Decade of Transformation, published by EEMA. She is a veteran of more than two dozen television shows and more than three thousand live events across the globe. Named Best Live Host India at various relevant platforms, Best Anchor India Female at EEMAX Forum and India International Science Fair, all had this artist weave the incantation of her talk.

Today, in the best phase of her career as a live artist and that too at a stage when most female anchors were expected, as in the earlier days, to hang up their boots, Gitikka talks at events that range from brand launches to government events to film awards to rural marketing experiences, no small feat to achieve this range. She is idolized by the young blood entering the Indian live industry. She has emerged as a thought leader, social influencer and a patriot to be watched out for.


Gitikka Ganju Dhar named as Nation Builder, one among 100 across the spectrum of Indian Industry