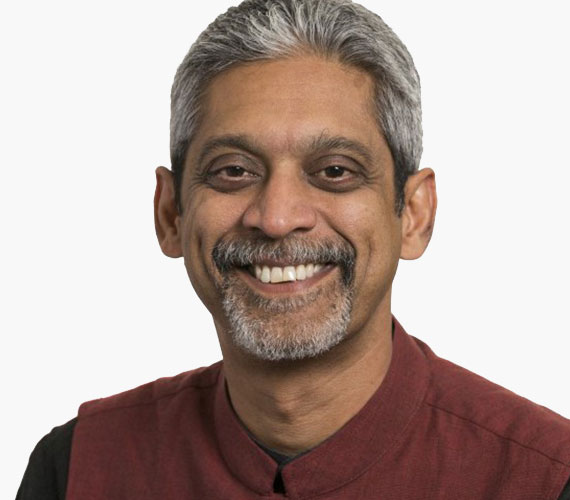 Mental health for all, by all.
Why don't we care?
Preventing The Deaths of Despair
Mental Health in India
Rethinking Personalized Medicine

Dr. Vikram Patel is an Indian psychiatrist and researcher best known for his work on child development and mental disability in low-resource settings. Vikram Patel, MBBS, PhD is The Pershing Square Professor of Global Health in the Department of Global Health and Social Medicine at Harvard Medical School.

He is an adjunct professor and joint director of the Centre for Chronic Conditions and Injuries at the Public Health Foundation of India, honorary professor at the London School of Hygiene & Tropical Medicine (where he co-founded the Centre for Global Mental Health in 2008).

He is a co-founder of Sangath, an Indian NGO which won the MacArthur Foundation’s International Prize for Creative and Effective Institutions in 2008 and the WHO Public Health Champion of India award in 2016.

He also works in the areas of child development and adolescent health. He was listed in TIME Magazine’s 100 most influential persons of the year in 2015.

Dr. Vikram Patel, a TED Speaker, is especially noted for his path breaking epidemiological research unraveling the debilitating effects of mental disorders among peoples in low and middle income nations and proving a strong link between mental disorders and poverty.

He is a fellow of the UK’s Academy of Medical Sciences and has served on several WHO expert and Government of India committees. His work on the burden of mental disorders, their association with poverty and social disadvantage, and the use of community resources for the delivery of interventions for their prevention and treatment has been recognized by the Chalmers Medal by the Royal Society of Tropical Medicine and Hygiene, UK, the Sarnat Medal (US National Academy of Medicine), an honorary doctorate from Georgetown University, the Pardes Humanitarian Prize (the Brain &Behaviour Research Foundation), an honorary OBE from the UK Government and the Posey Leadership Award (Austin College).