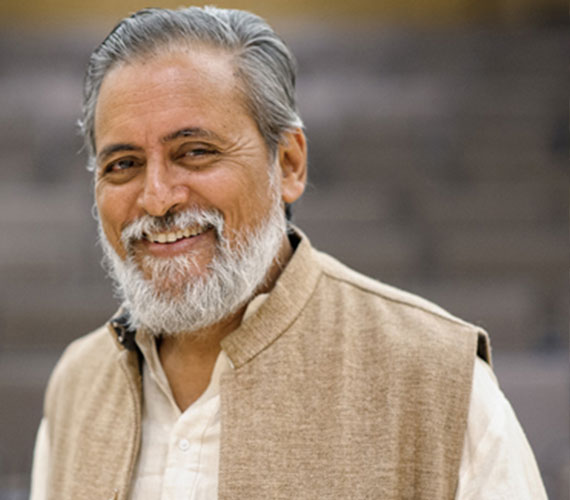 Anil Kumar Gupta is a globally renowned scholar in the area of grassroots innovations. He is the founder of the Honey Bee Network and has been a Professor at the Indian Institute of Management, Ahmedabad. Besides, he holds the Executive Vice Chair of the National Innovation Foundation. He is also a fellow of the World Academy of Art and Science. He was awarded Padma Shri in the year 2004, one of the highest civilian awards in India, for his contributions to management education.

Professor Anil Gupta created the Honey Bee Network to ensure recognition, respect and reward for grassroots inventors and innovators at local, national and global levels. Searching the country with colleagues, he found countless inventions developed out of necessity, which he documented and often shared with the global community.

Since 1988, the network's database of original inventions has grown to over 12,000, and its newsletter is now published in eight languages and distributed to 75 countries. Through this network, Professor Gupta has demonstrated the pivotal role of innovative ideas and knowledge possessed by economically poor people in the sustainable progress of developing countries. With the help of Government of India, he also set up the National Innovation Foundation (NIF,2000, www.nifindia.org), which later became an Institute of the Department of Science and Technology of the government of India, contributing to make India an innovative and creative society as well as a global leader in sustainable technologies.

So far, NIF has mobilized more than 170,000 innovations and traditional knowledge practices from over 545 districts of India, the largest database of its kind anywhere.

The Network also received the Hermes Award (May 2012), and an award from the European Institute for Creative Strategies and Innovation in Paris. In 2013, the Humanistic Management Network recognized Professor Gupta's work with a lifetime achievement recognition for Humanistic Management at the Academy of Management Meeting, in Orlando, USA.

Looking to the poor of India, business professor Anil Gupta saw innovations and talent that were not being supported. In response, he started the Honey Bee Network and began searching the country with colleagues, often on foot, finding a myriad of inventions developed out of necessity. Every summer and winter, in order to learn from grassroots teachers, he has been walking around 6000 km across India for over a week as part of ShodhYatra for more than twelve years. In fact, ShodhYatra, which is a second year course, is one of the most popular courses taught in IIM Ahmedabad.

Dr. Gupta wrote the book ‘Grassroots Innovation: Minds on the Margin are not Marginal Minds’ in 2016. Published by Penguin Books India, the book is a compilation of his empirical research, carried out through the ShodhYatras, on ingenious solutions and innovations crafted by common individuals, targeting local problems faced by local communities.

Through his efforts, Gupta has uncovered groundbreakingly useful devices such as a pedal-operated washing machine, a micro-windmill battery charger, a hoe powered by a bicycle, and many more.

He is not only a visionary but a go-getter. Starting out in an era, where everything was bleak for most Indians – Prof. Gupta walked around with a hope of light, to find out the hidden gems of our country. A TED Speaker & A Visionary Indian - There's a lot to learn from him!