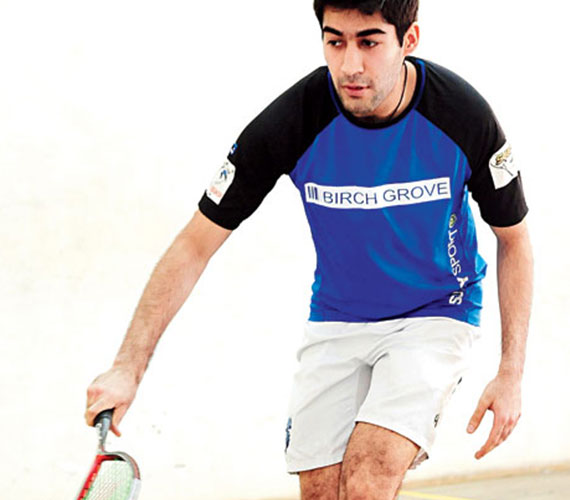 Ramit Tandon is a professional squash player who represents India. He is ranked number 59 in the world (October 2018). He turned pro in September 2017 and has won 3 PSA tour titles since then. He has represented India at the Gold Coast CWG 2018 & Asian Games 2018.

As a junior, he won 6 Junior National Titles, several international titles and ended his junior career as India #1, Asia #2 and world #5. He captained the Indian Junior Team to a historic Gold Medal beating Pakistan in the final match. He was also part of the U-21 World Cup Team that secured the Silver medal.

He passed out from La Martiniere Calcutta in 2011 and moved to the US to continue his education at Columbia University in the City of New York, where he was the captain of the squash team. He was ranked #2 in College Squash and he ended his college squash career winning the Skillman Award (given for sportsmanship and good conduct on and off the court).

He was 4 times MVP at Columbia University and also won the Maniatty Award which is given to the best student-athlete. He graduated in 2015 with a BA in Statistics.

After completing university, he worked in the finance industry for 2 years 2015-2017 before stepping into the professional squash world in 2017. He started with a ranking of 400 in May 2017 and has already had some impressive top 20 wins.

The journey from researching multimillion-dollar trades in a bankers' suit in an office cubicle in Manhattan to the rough and tumble of professional squash inside a Plexiglass box was a while in the making. Ramit knows that you have to put in the hours, be disciplined, make sacrifices. And you always have to be honest - sport has the power to make you feel like a king one day and the next day you might feel like you have forgotten how to hit the ball but the truth always lies in between!